I can’t recall any instance in my secular life where someone, faced with dealing with a perpetually annoying person, shrugged and said “Look, in 20 years he’ll be gone, let him do his thing, treat him kindly, and later someone else can do a better job of it. Patience!”

Being accustomed to working in NYC I was accustomed to people being promptly fired if they didn’t please the boss. And if a new boss arrived, one had to adapt or be fired.

But even in daily life I never heard someone say about a noisy or nosy neighbor, “She’ll die one day, and then we’ll have a different neighbor with other quirks. Meanwhile, charity and patience.” Usually one either brainstormed mock revenges or called in complaints or confronted the neighbors directly.

So the first time I encountered the patient approach I was startled. A young priest discovered that every 9am Sunday Mass at his new parish was animated by an adorable elderly couple playing peppy guitar and drums. However, since they had been playing for decades and were elderly, he shrugged and carried on, letting them have the pleasure of their service for a few more years, though it was a far cry from the kind of music appropriate for the Mass. Hearing of this I remember thinking, but why not just fire them?

Once this remarkable idea had entered my head I found it explained many things in parishes, including lengthy periods of patience with insufferable people of all sorts. It probably explains the patience others have had with me, too!! It explains, perhaps, even the striking attitude towards gardening I encountered once, when I came upon some young men with shears cutting down a flowering vine. Why not, I inquired, cut down only the weeds, and leave the pretty flowers to grow? Ah, but it all grows back! one responded. And so it does.

But in any case I’ve lately begun to think of all the interminable ‘crises’ in the Church as much more easily understood if one takes this long view. The radicals of the 60s will soon be gone. The beloved customs that were banned by heavy handed revolutionary enthusiasms will grow back, if they were worthy of being beloved. We can try to extirpate the Word of God through neglect or direct assault, but the gates of hell cannot prevail, and we would do well to trust far more in God’s infinite power and majesty than fret that our feeble vanities do much damage beyond potentially damning our own souls. 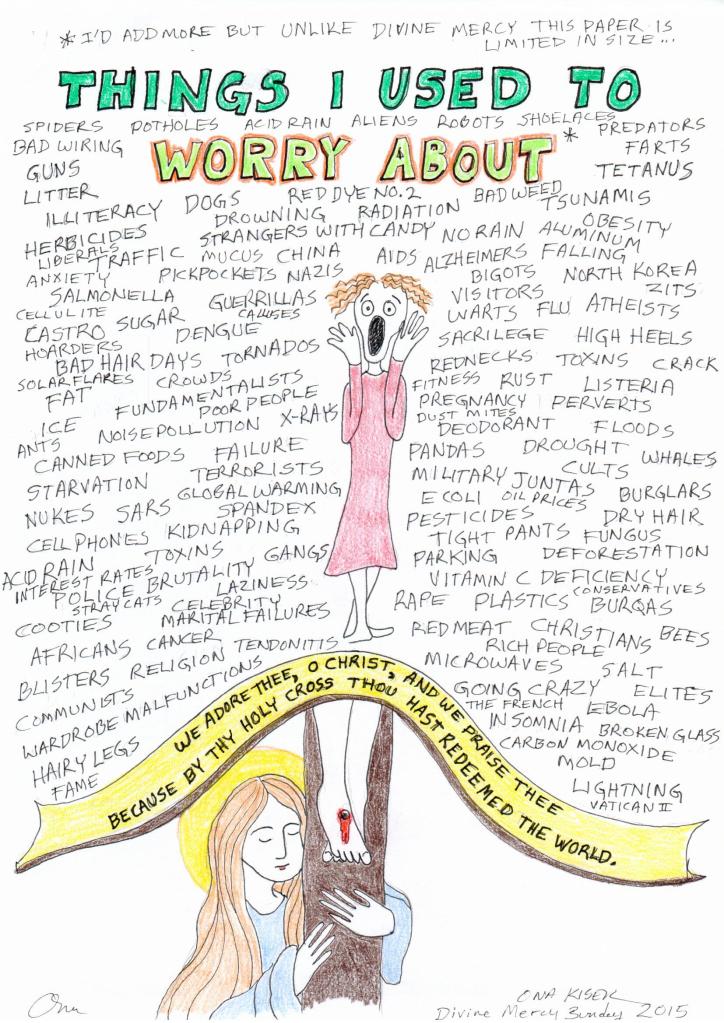